Winding the six feet of launching cord on to the Sling-Wheel is quite simple. If right-handed, hold the SLING-WHEEL firmly near its center circle with your left hand and with the top spokes angled toward you. Grasp the end of the cord without the knot about 8” from the end and pull the string into the center slot of the SLING-WHEEL in a clock-wise direction. Pull firmly on the cord until the tail end settles into the bottom of the slot. Continue to wind the cord with enough tension so that when finished winding it is not visible from the side. Leave four to six inches of the cord hanging from the bottom of the SLING-WHEEL. Place the knot behind and between your middle and fourth finger then rap it over the front of your middle finger then close your middle and last two fingers firmly against your palm. This will secure the cord so that it remains with you during the launch and afterword’s. Squeeze the Sling-Wheel between your thumb and the side of your index finger with your palm away from the toy and you are ready to launch. 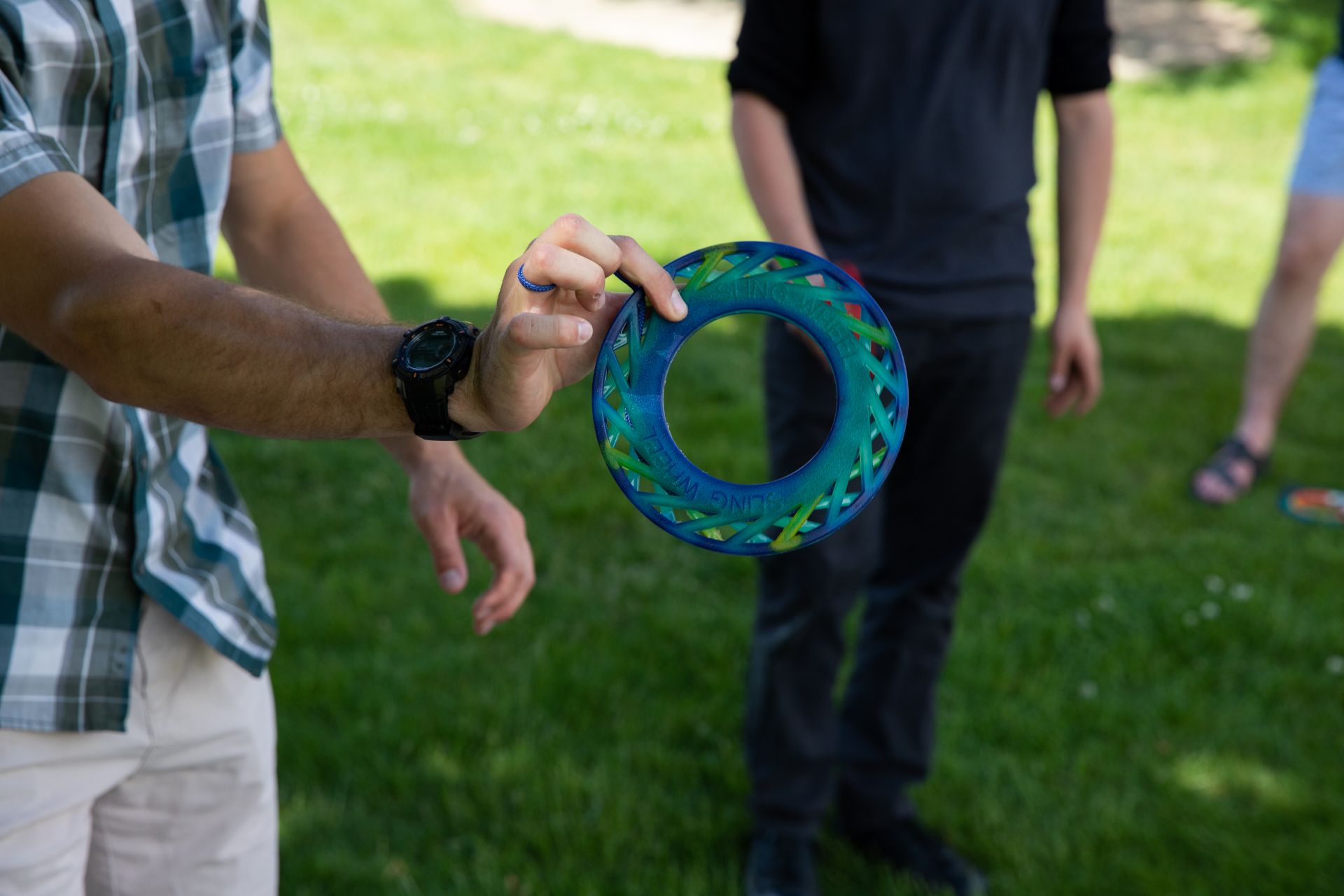 Begin with launching the toy under hand with your elbow and wrist kept straight, while rotating your arm at the shoulder much like you would toss a bowling ball. Make sure that the string is coming off the bottom of the Sling-Wheel so that it spins in the direction of travel. As your arm rotates from behind, you will want to release the toy just before your arm comes along side your leg. Keep the toy aligned with the desired direction of travel throughout the launch. The nylon cord will finish the launch as your arm follows through with its rotation. Releasing later will cause the Sling-Wheel fly higher into the air when launched but will shorten the distance that it will travel. Sometimes a late release is desirable when it is necessary to launch over obstacles. Stepping forward with the opposite leg during the launch will also make the launch faster and smoother. With a little practice one can become proficient in getting the toy to go in the desired direction and with remarkable speeds. It is also possible to get the Sling-wheel to turn right or left after the initial launch by pulling right or left on the chord during the last part of the roll out. Check out the video below to see a visual instruction on winding and launching your SLING-WHEEL.

NOTE: It may be necessary to shorten the cord 12" for young slingers. 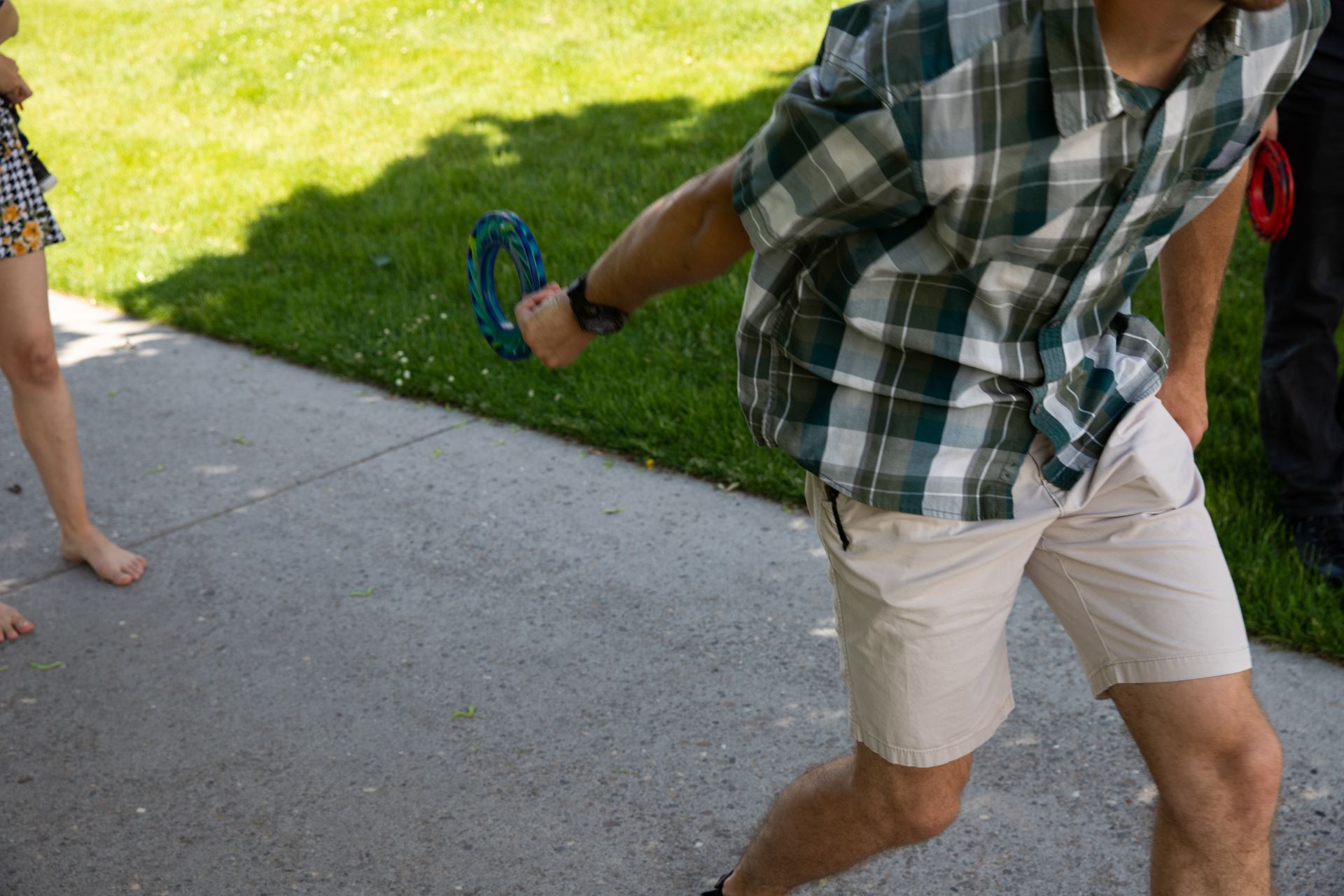 Ensure that Sling-Wheels are used in a manner that is both safe and prudent. Do not use in a way that is in violation of local, state, or federal laws and ordinances. Improper use of the toy could result in property damage or even injury or death to persons or animals.